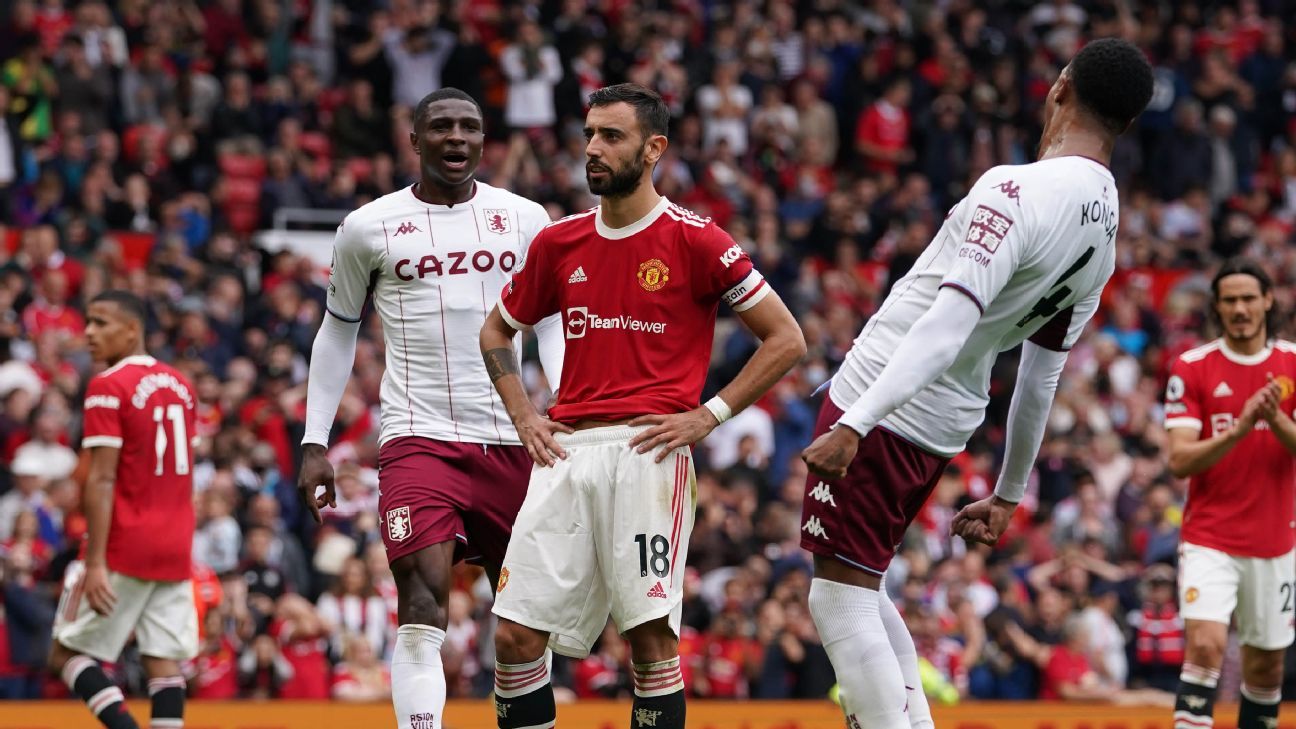 Kortney Hause‘s 88th-minute header put Villa in the lead but the defender’s handball gifted United a chance to steal a point minutes later with a penalty, only for Fernandes to blaze the ball high over the bar.

Fernandes, who was United’s top scorer last season, missed only his second spot-kick for the club as the team’s unbeaten start to the league came to an end.

“Nobody is more frustrated and disappointed than me for missing the penalty and the consequent defeat,” Fernandes wrote on Instagram. “Criticism and contrasting opinions are a big part of football.

I’ve learned to live with it, even using them to drive me on, and I consider it all a very important part of my commitment to never stop trying to improve.

“I will come back stronger for me, because these are the standards I hold myself to, but most of all for my teammates and our fans who have always supported us.”

“That is football,” Solskjaer said after defeat. “He will step forward every day of the week for the club and the team and sometimes it just doesn’t go your way. It is such a fine line between heaven and hell.”

After Saturday’s shock defeat, United dropped to fourth in the standings on goal difference, with the top four sides all on 13 points.