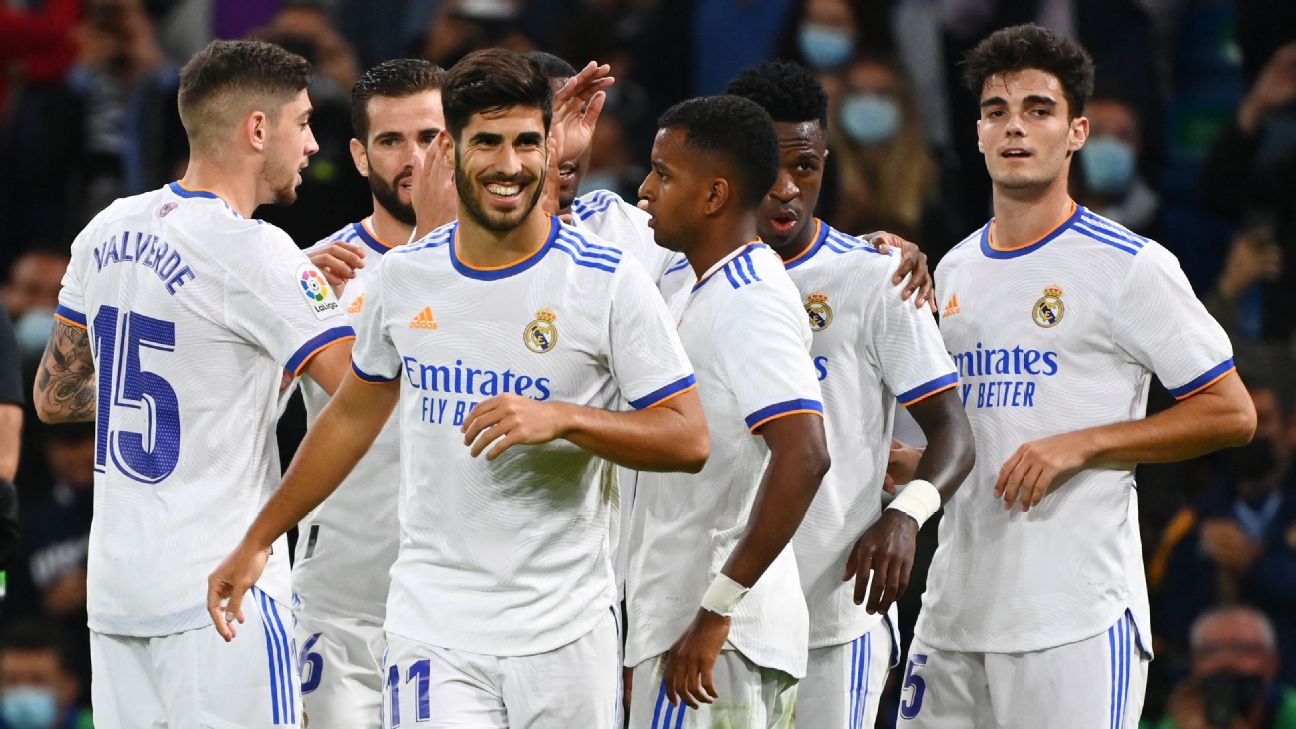 Benzema opened the scoring in the third minute and Asensio netted against his old club in the 24th. However, the visitors pulled one back moments later with an outstanding individual run and finish by forward Kang-In Lee from an United States youngster Matthew Hoppe.

Asensio promptly restored Real’s two-goal advantage before the break before completing his first hat-trick at club level early in the second half with an emphatic finish, whipping the ball into the bottom corner from outside the area.

Benzema scored for the second time in the 78th minute to make it 200 LaLiga goals for the Frenchman and Isco completed the rout six minutes from time.

Real top the standings on 16 points from six games, two ahead of second-placed Atletico Madrid.

Mallorca are 10th on eight points.

Man United unveil green third kit, but how do other top clubs compare?
LaLiga 2022-23 preview: Will Barcelona topple Real Madrid? What to watch for ahead of new season
Premier League in 1992: The rebrand that changed everything
Premier League’s best and worst kits of the past 30 years
Sanchez debuts in Marseille draw with Brest