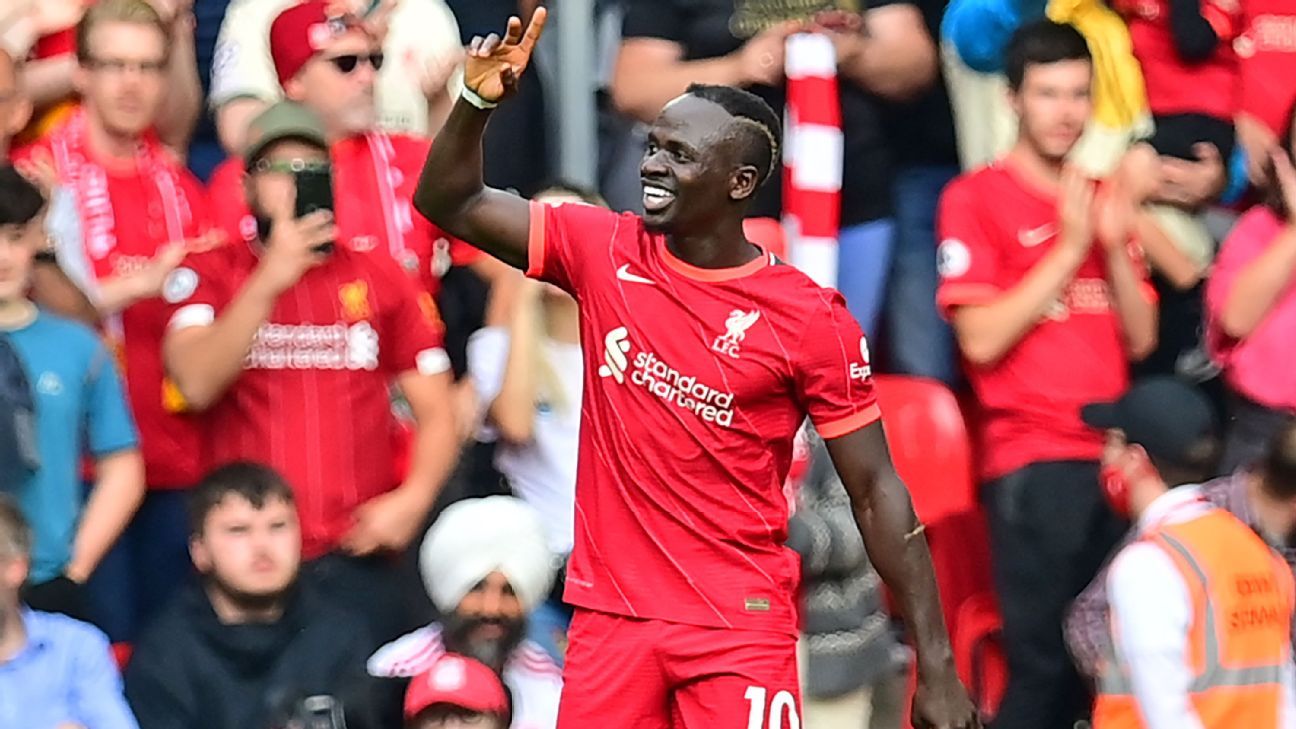 Sadio Mane scored his 100th goal for Liverpool as they eased to a 3-0 victory over Crystal Palace at Anfield on Saturday.

Mane put Liverpool in front in the first half and Mohamed Salah and Naby Keita scored after the break to continue their unbeaten start to the Premier League campaign.

Mane also set a Premier League record to become the first player to score in nine successive games against the same opponent.

Jurgen Klopp’s side go top of the table after the result while Palace slip to 13th position.

Summer signing Ibrahima Konate started his first match of the season but Trent Alexander-Arnold was left out of the squad with illness, while Andy Robertson started on the bench.

Virgil van Dijk and Mane were recalled to the starting lineup after being rested for the midweek Champions League win over AC Milan.

However, it was Palace who started brightly and struck the woodwork in the opening two minutes after goalkeeper Alisson tipped the ball onto the post.

The hosts should have gone ahead after 38 minutes but Jota blazed over the bar from close range after reacting quickest to Guaita’s save from Thiago.

Two minutes before the break, Liverpool broke the deadlock when Guaita could only parry Salah’s header into Mane’s path for a tap in.

Mane has now scored 13 goals in 14 appearances against the south London club.

Liverpool controlled the second half and doubled their lead after 78 minutes when Salah struck home from Konstantinos Tsimikas‘s cross.

Keita grabbed a third with a fine looping volley with a minute remaining to seal the points for Liverpool.