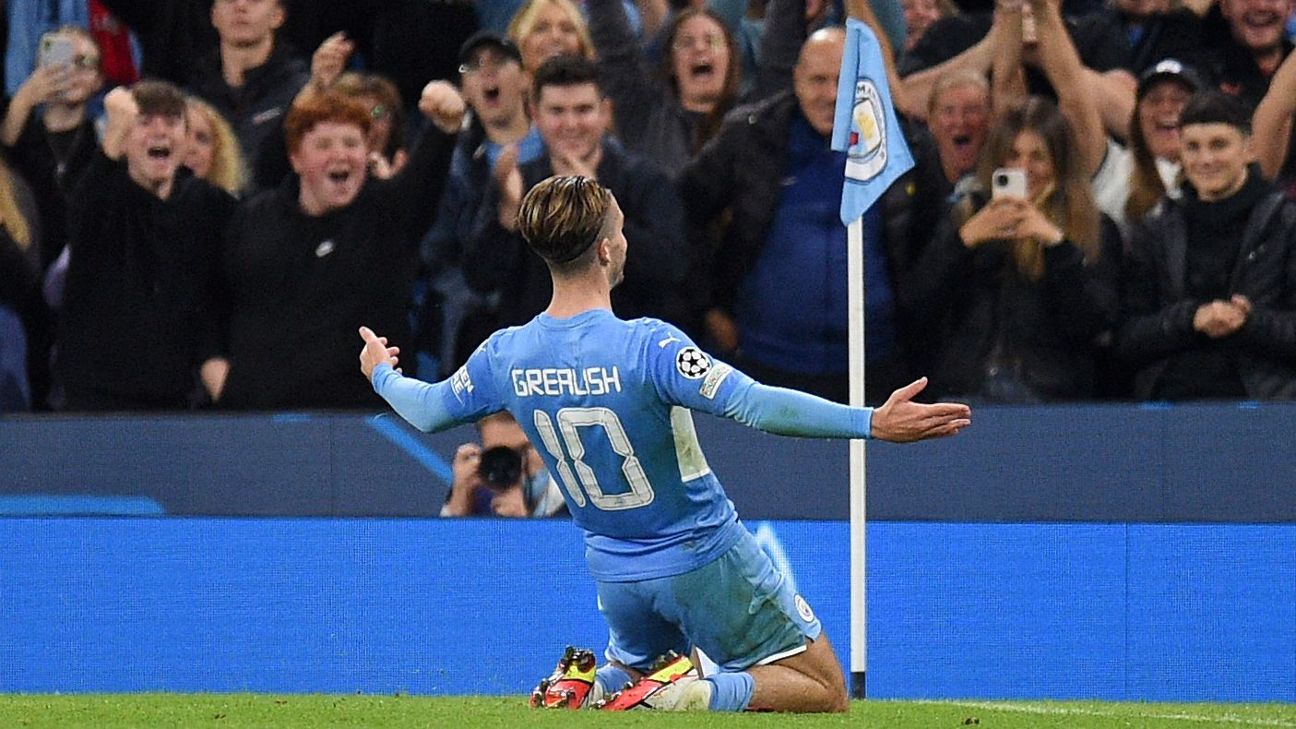 Christopher Nkunku scored a hat trick for RB Leipzig but ended on the losing side in a nine-goal thriller as Manchester City, last season’s Champions League runners-up, made a positive start in Group A with a 6-3 win at the Etihad Stadium on Wednesday.

Defender Nathan Ake put City ahead in the 16th minute with a header from a Jack Grealish corner and Pep Guardiola’s side doubled their lead 12 minutes later when a Kevin De Bruyne cross was headed into his own net by Leipzig defender Nordi Mukiele.

The German side got back in the game with a 42nd-minute header from Nkunku, only for City to restore their two-goal advantage on the stroke of half-time with a Riyad Mahrez penalty.

Leipzig were not deterred, though, and Nkunku reduced the deficit again in the 51st minute heading in a Dani Olmo cross, only for Grealish to mark his Champions League debut with a fine solo goal.

The England international said that he had been thrilled to finally get a chance on the European club stage.

“I loved it. I’ve been waiting a while. The past few weeks, I couldn’t wait for this game. It’s been a great night,” said the 26-year-old. “It was one of those games. It had absolutely everything. In the end we’re delighted to get the win against a good team full of energy and young players.

“I’m delighted to come away with the three points — and the goal and assist.”

But once again French forward Nkunku kept the game alive, completing his hat trick with a crisp drive after being set up by Yussuf Poulsen.

Incredibly, City responded immediately with an unstoppable long-range drive from Portuguese full back Joao Cancelo and any hopes the visitors had of a comeback ended when they went down to 10 men when former City full back Angelino was sent off in the 79th minute.

City lead the group on three points after PSG were held to a 1-1 draw at Club Brugge in their opener.