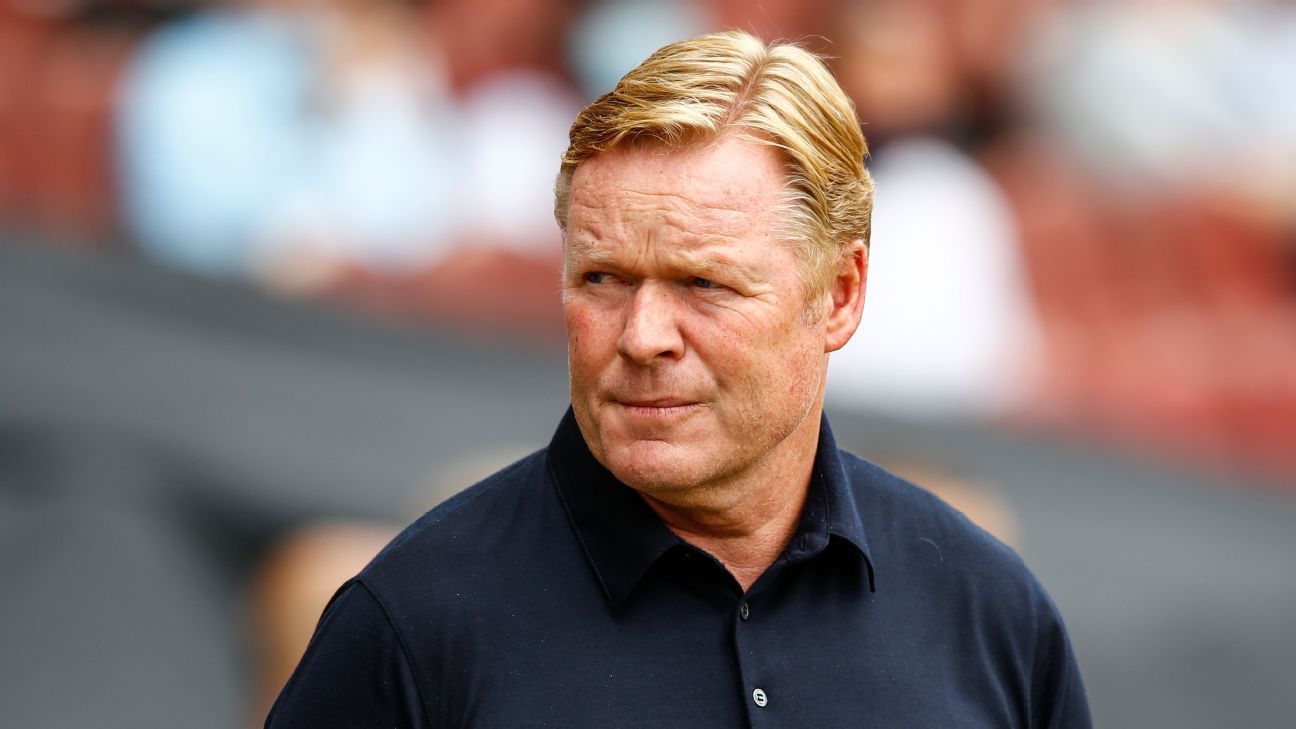 If you take that horrendous 7-1 aggregate scoreline in defeats to Juventus and PSG, and throw in the fact that the last time Catalunya’s FCB met Bavaria’s FCB the Germans won 8-2 — can you believe that was only a year ago? — you might begin to understand why it’s been hard to convince Barca’s season-ticket holding “socios” to attend what some fear might be another embarrassing defeat.

That humiliation against Hansi Flick’s team obviously had seismic repercussions. Coach Quique Setien was sacked, setting off his many-month journey to be financially compensated for what remained of his contract. Lionel Messi instantly sent a registered delivery letter claiming that his contract allowed him to leave, for free, and that he’d taken the decision to walk away from Barcelona there and then.

The club, deep in a vicious spiral of debt, missed out on at least €30m of extra revenue by being knocked out of the competition at the quarterfinal stage — the kind of sum Barcelona have (equally humiliatingly) had to beg back from senior players like Gerard Pique, Jordi Alba and Sergio Busquets. Oh, and Josep Maria Bartomeu, that quixotic figure who may well be regarded as the worst president in Camp Nou history — but who will always be able to point to the club having won the Treble under his reign in 2015 — immediately pushed Luis Suarez out the door, a shrewd, well-judged move that resulted in the Uruguayan repaying him with 21 goals and three assists for Atletico Madrid as they they won only their third LaLiga title in 44 years.

Bartomeu himself only lasted two further months as Barcelona president, but please: don’t imagine that the fallout from that cataclysmic result marked the August 2020 match as something special in the history of these two FCB clubs going head-to-head. In fact there has literally been nothing but explosive, historic aftermath when Barca play Bayern.

When they met in the 1996 UEFA Cup semifinal, Barcelona lost 2-1 at Camp Nou (4-3 on aggregate) and Johan Cruyff was sacked as a result. Elimination at Bayern’s hands cost the most important man in this history of the club his job.

Twin defeats to Bayern in that cut-throat Champions League Group D of 1998-99 cost Barcelona the chance to make it to the Champions League final, which was held in the Camp Nou to celebrate the Catalan club’s centenary. Talk about party poopers. Manchester United were also in Group D and, with Bayern, made to the Camp Nou showpiece that May. We all know what happened next; it was tough for Barcelona’s players, management and fans to watch.

Not enough proof that there’s always the whiff of cordite and dynamite in the air when these two play?

In 2009, Barcelona thrashed Bayern 5-1 in the quarterfinals en route to Champions League victory in Rome and the Treble. In 2013, Jupp Heynckes’ Bayern, on their way to the Treble themselves, racked up Barcelona’s then-record defeat in Europe, winning 7-0 over two matches to ruin the late Tito Vilanova’s only season in charge at Camp Nou. Two years later, this dramatic Barca-Bayern pendulum swung full in the opposite direction when Luis Enrique’s Messi-Suarez-Neymar team smashed Pep Guardiola’s German champions 5-3… en route to the Treble.

All of which leaves us, of course, with that 10-goal thriller last August.

Before he himself quit, Bartomeu’s attempt to try and pull a once dominant football operation out of the cataclysmic ruins after their record European defeat to Bayern had been to appoint Ronald Koeman, who did reasonably well in his first season. Nevertheless, you can only imagine the grimace and the bone-shiver that passed through Barcelona’s representatives at this year’s Champions League group stage draw in Switzerland when the dreaded name “Bayern Munich” came up. It would have been how ocean-bound traders used to feel when the oncoming ship raised a skull-and-crossbones.

During Koeman’s press conference on Monday, he admitted: “Revenge? We’re talking about the events of a year ago. There were players who really suffered that night. The memory of what happened is something we’ll keep in mind. Maybe we can change the dynamic.

“We’ve got to be strong and try to do damage to Bayern. I have a good team… good players.”

But unless you’re a seasoned Koeman-listener, one of his phrases might easily have slipped past you. He said: “Physically, we’re in good shape. The players who were with their international teams have had a chance to rest [Barcelona’s game in Sevilla at the weekend was postponed]. The others have been training really hard: the team’s ready.”

Now, you won’t find many people who don’t think Bayern are favourites to win at Camp Nou and elongate the brutal damage recently inflicted by Juventus and PSG. And little wonder: the German champions have very few issues to worry about. They’re a better-constructed, more powerful, accustomed-to-winning group, and they aren’t in this competition just to spank Barcelona again — rather, they’re ferociously determined to win the whole thing.

Not long after these sides last met, I was able to interview Koeman, newly appointed as Barca boss, for UEFA’s Champions magazine, and I asked the Dutchman what he’d made (even as a spectator) of the eight goal defeat. Back in September 2020, he told me: “The big lesson for me is that if you don’t play as a team you will not win.

“Of course, you need the best organisation to play against opponents like Bayern, because they’re a really strong team with a lot of individual qualities. But first of all, if you saw the physical state of the Bayern team, it was excellent. And the way they were organised in the team was excellent. [That was a] big difference compared to Barcelona.”

Organisational and physical excellence. The keys to the game. In which case, Tuesday’s game could be a case of “abandon hope all ye who enter here” when Barcelona jog up the stairs that lead, past a beautiful, tranquil little chapel, from the dressing rooms to the pitch.

Marc Andre Ter Stegen has played once since May. Jordi Alba and Sergino Dest missed training the last few days, Gerard Pique’s just back from injury, Pedri‘s just back from holiday, Martin Braithwaite‘s likely out injured for three or four months and Philippe Coutinho (who coincidentally scored twice for Bayern in that 8-2 hammering while on loan from Barca to Bayern) hasn’t played a full 90 minutes for nearly a year. Then there’s Luuk De Jong, an emergency last-minute signing when the summer transfer window was closing, hasn’t played since an eight-minute Euro 2020 cameo for Holland against Austria in June.

And this time there’s no Messi, the man long known as Barca’s Saviour.

History demonstrates with crystal clarity that few, if any, matches have as much impact and consequence as when these two clubs meet. Three times before, the winner of this clash has gone on to win a Treble. Still more often, defeat has shredded the loser’s career trajectory. However, the key things for Barca-watchers to realise is that history isn’t what will weigh most heavily against their chances of watching an against-the-odds home win — it’s the state of the rather ragged and patched-up Camp Nou squad. Especially compared to the radiant, competent, aggressive, confident winning-machine that’s coming to town again.