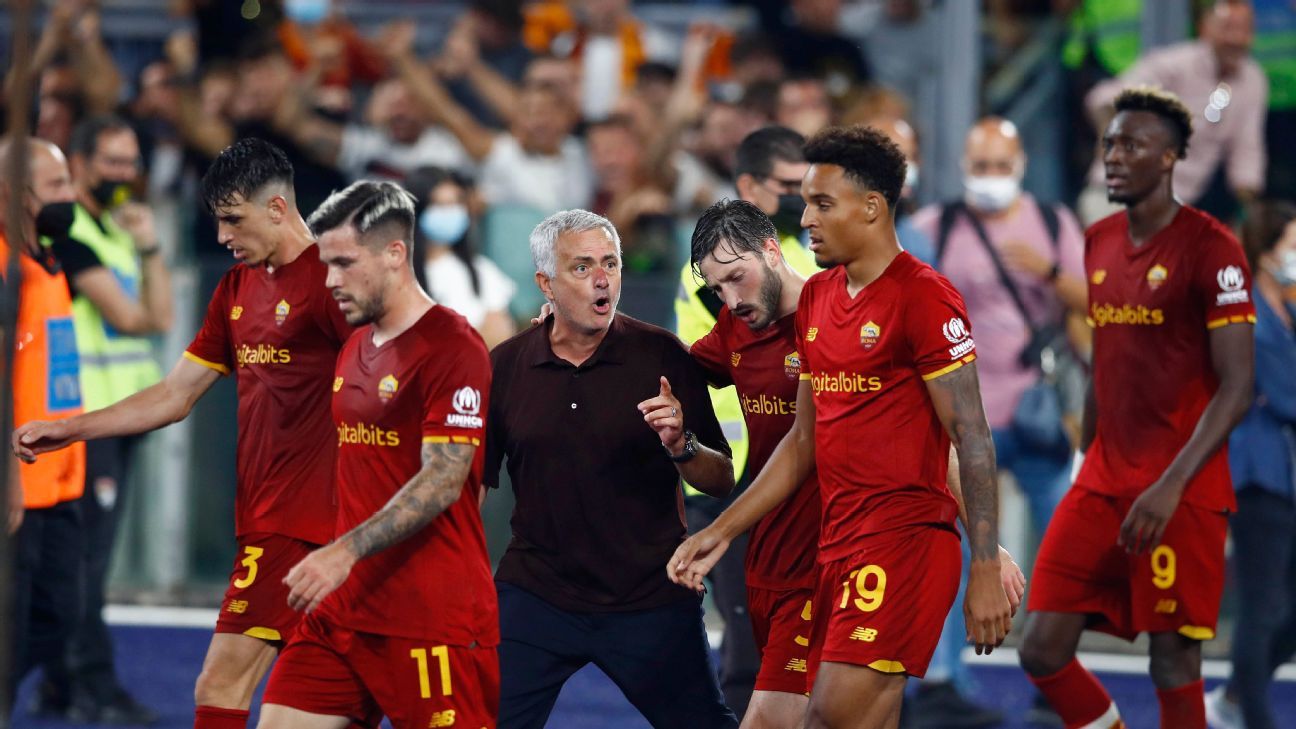 Jose Mourinho’s 1,000th game as a manager ended with a trademark celebratory sprint down the touchline on Sunday after AS Roma‘s Stephan El Shaarawy scored a stoppage time goal to snatch a 2-1 win over Sassuolo that sent them top of Serie A.

The Italy winger curled a shot in off the post to clinch victory in a thrilling contest that saw both sides hit the post and Sassuolo denied a last-gasp equaliser by the offside flag.

The result leaves Roma top of the standings with a perfect nine points, ahead of AC Milan and Napoli on goal difference, while Sassuolo are ninth with four points from three games.

“During the week I was lying, even to myself, by saying that this was not a special match. I was trying to convince myself of that,” Mourinho told DAZN.

“It was a special match, with a special number for me; it was my 1000th game on the bench. I wanted to remember it for the rest of my life. I did not want to lose.”

Domenico Berardi finished well for the visitors in the first half but the goal was disallowed for an offside in the build-up.

Roma then went in front after 37 minutes through a training ground free-kick routine as Bryan Cristante latched onto a clever pass to fire home.

Sassuolo equalised in the 57th when Berardi spun past his marker to tee up Filip Djuricic for a close-range finish.

Rui Patricio kept Roma on level terms with two big saves when one-on-one with Berardi and Jeremie Boga, while Sassuolo substitute Hamed Junior Traore thumped the foot of the post as Alessio Dionisi’s side applied pressure.

But the hosts held on and were rewarded when El Shaarawy netted late on, sparking wild celebrations as the coaching staff poured onto the pitch.

“The game could have ended 6-6 or 7-7, they could have won 2-1 like we did. Rui Patricio made two or three incredible saves, we missed two chances in front of an empty goal. For a neutral it was an extraordinary match,” Mourinho said.

“Today I did not feel 58 years old, I felt like I was 10, 12 or 14, my run was like a child. I apologised to [Sassuolo coach Alessio) Dionis], they played a fantastic match and if they had won there would be no argument, they played well.”

Sassuolo then thought they had scored a sensational equaliser through a Gianluca Scamacca volley, but it was disallowed for offside.