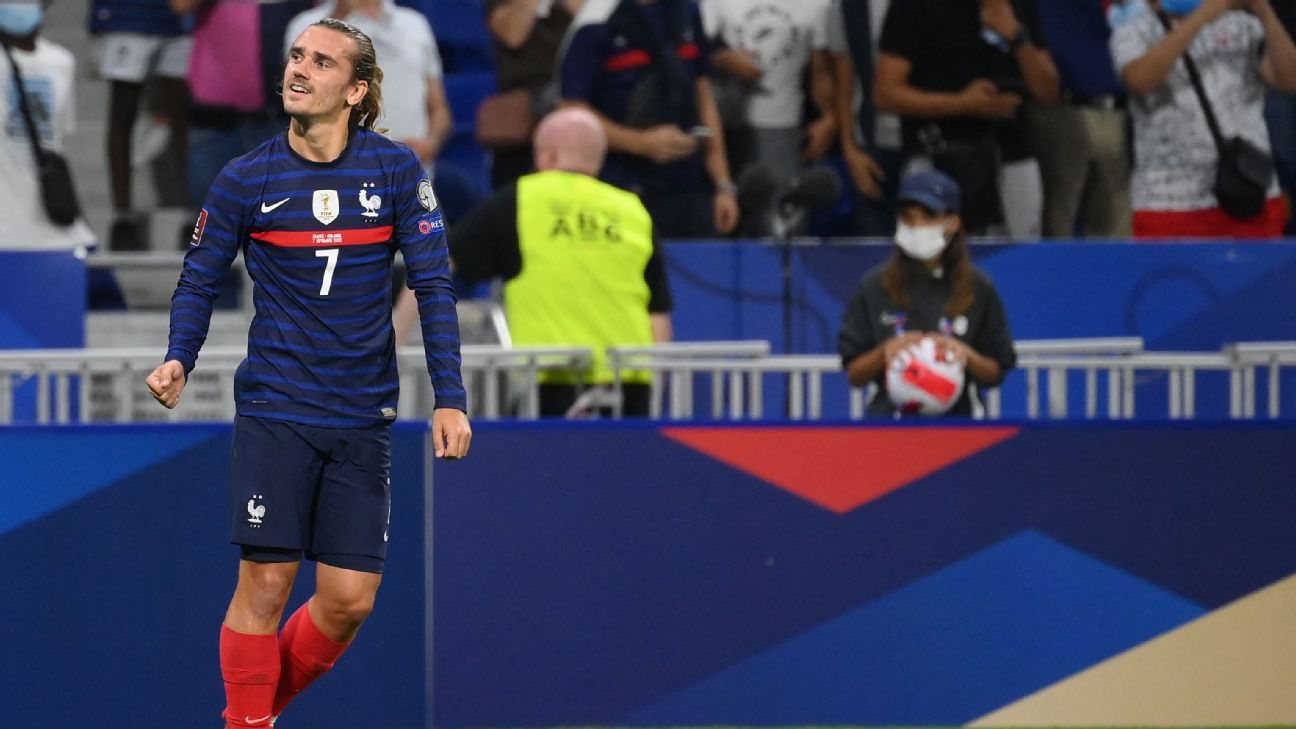 Antoine Griezmann played chief tormentor as France sprung back into life to end a five-game winless streak by beating visitors Finland 2-0 in a World Cup Group D qualifier on Tuesday.

Griezmann struck in each half after his partnership with Karim Benzema bore fruit in satisfying fashion to put the world champions on 12 points from six matches at the top of the group.

Finland, who had a decent opening half, are third on five points but have two games in hand of the French.