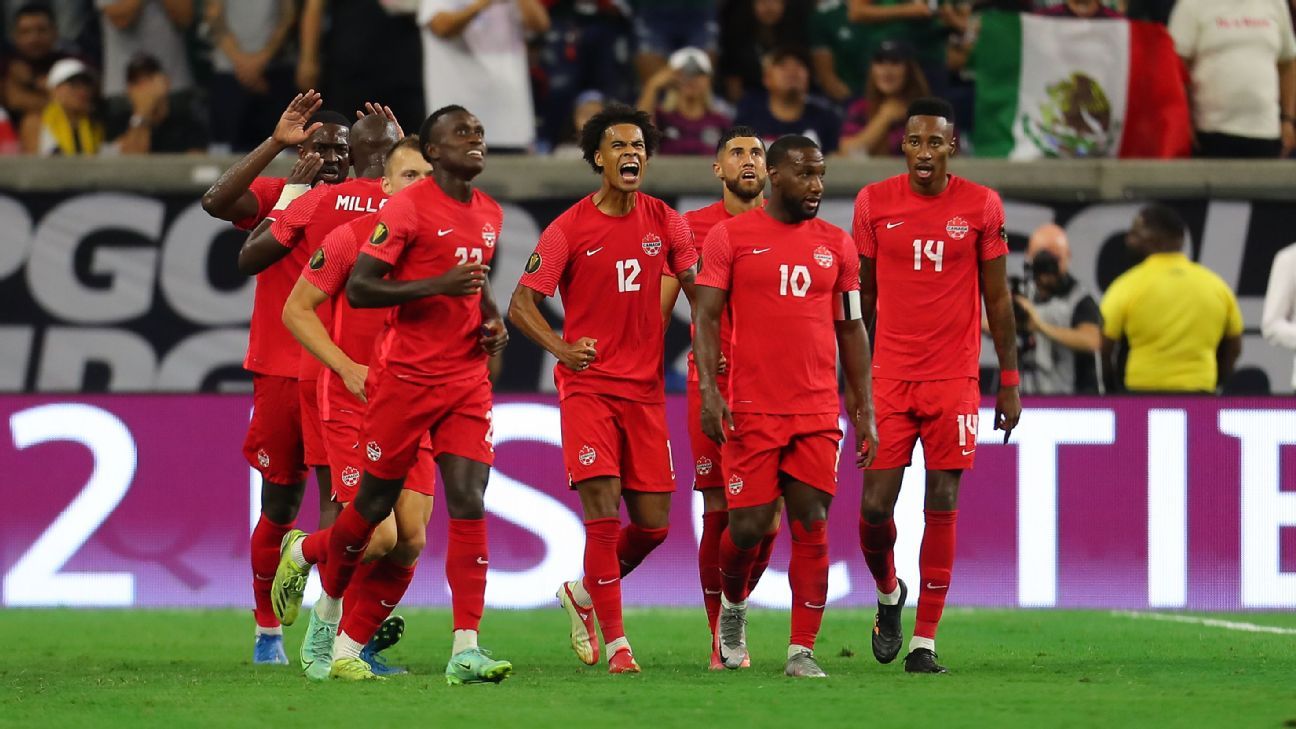 In the first conversation John Herdman had with the Canada men’s national team after being named the head coach in January 2018, he laid out a hypothetical situation that could have passed as fantasy.

They were embarking upon a four-year journey, he said, and the destination was Qatar — with the latest stop on that quest being Nashville, Tennessee, where they take on the U.S. in World Cup qualifying Sunday. That part wasn’t exactly an unusual approach for a coach — why enter a new cycle without an eye on World Cup qualification? — but to buy into his vision as more than coach speak would have required incredibly optimistic foresight. And Herdman didn’t just talk about getting to Qatar. That wasn’t enough.

“[The journey is] about preparing you to play an opening match against Italy or Brazil or the Netherlands or Argentina,” Herdman said, “and to come out of that game and knowing that we competed.”

This was a team that had not qualified for a World Cup since 1986 — when it lost all three matches without scoring a goal — and hadn’t even reached the final round of qualifying in 20 years. At the Gold Cup in the summer of 2017, Canada’s lone win came against French Guiana (population: 275,000), and it was sandwiched between Gabon and the Faroe Islands in the FIFA World Rankings at No. 94.

Les Rouges‘ most promising player, Alphonso Davies, had just turned 17 years old, and while he was clearly a bright prospect, at that point in his career he had started just 11 Major League Soccer matches over two seasons with the Vancouver Whitecaps without scoring a goal.

It made sense for Herdman to raise expectations when he was installed after seven years coaching the Canadian women’s team, but the idea that in fours year he could transform the men into a team capable of competing with the world’s best? More than a little skepticism would have been appropriate.

Nearly three years later, however, Canada isn’t the same old Canada. With the final stage of World Cup qualifying underway, not only is Canada still alive, it is arguably the most talented team in CONCACAF outside of Mexico and the United States.

“It’s a different feeling this time around, for sure,” said midfielder Atiba Hutchinson, 38, who is taking part in his fifth qualifying cycle. “It’s a good time right now to be a part of this team, but obviously there’s a lot of work that needs to be put in and you have a long way to go.”

Davies, 20, has blossomed into a world-class player, is a key piece for Bayern Munich and has a Champions League medal to his name. Forward Jonathan David, 21, just helped Lille overcome Paris Saint-Germain to win the Ligue 1 title in France. Cyle Larin was the second-leading scorer in the Turkish Super Lig for a Besiktas side that won the league and qualified for the Champions League. Winger Tajon Buchanan, 22, a freshman at Syracuse when Herdman’s tenure began, recently secured a reported $7 million transfer to Club Brugge from the New England Revolution after developing into one of most dangerous wide players in MLS.

Much like in the United States, Canadian soccer has seen an unprecedented level of talent develop in the past few years. Some of it came through the American college system, some through MLS academies, while others were developed overseas.

Unlike most of the major powers in the world, where club play often leads to international opportunities, the pathway has been mostly the opposite for Canada.

“I think the antecedents behind some of their trajectory has been the ability to represent their country at a young age,” Herdman said. “I think a lot of these players have been propelled into the spotlight because of their performances at Gold Cups.

“I think that’s been a big mantra for all of us. We’ve been looking at finding young talent, allowing them to use the national team as a springboard — when we can see that that talent has the potential to reach new ceilings — and they’ve ended up migrating [to Europe] young and then getting those experiences [in top European competitions] young.”

In Thursday’s 1-1 draw with Honduras in Toronto, Canada started four players — Davies, David, Larin and Hutchinson — who play significant roles for Champions League clubs. Having players with that level of experience heightens expectations and changes how to interpret what is success. In years past, a draw with Honduras at this stage of qualifying would likely have been applauded. This time, it felt like two points dropped, especially considering Herdman talked pointedly about the desire to win all seven homes in qualifying.

It doesn’t get easier, either, as Canada travels to play the United States in Nashville on Sunday.

“That was a big welcome to the CONCACAF Octagon. Nothing is going to be easy, nothing is going to be given,” defender Alistair Johnston said. “They came here, they grinded out a result on the road, and that’s something that we have to do against the U.S. There’s a lot we can take from that game, but at the same time, it’s such a short turnaround. It’s really important that we take a step forward.”

Herdman’s approach against the United States will be interesting considering the compact schedule of playing three games in seven days. It’s plausible he rests some of his stars and tries to grind out another point with an eye on getting three points against El Salvador at home on Wednesday. Considering the caliber of the U.S., that the game falls in the middle and is the only road game in this window, it stands to reason that a draw would be a good result for Canada.

“You have got to consider the accumulative fatigue of players in the period of time,” Herdman said. “You’ve got the magnitude of certain games — games where you know you have to win and games where a result is as good as a win.”

Qualification for Qatar 2022 would signify a monumental accomplishment for Canadian soccer and provide the stage for Herdman’s vision to come to fruition. So while that remains the primary focus, it’s also not hard to acknowledge the even greater potential the squad has to be better in 2026, when the World Cup comes to North America.