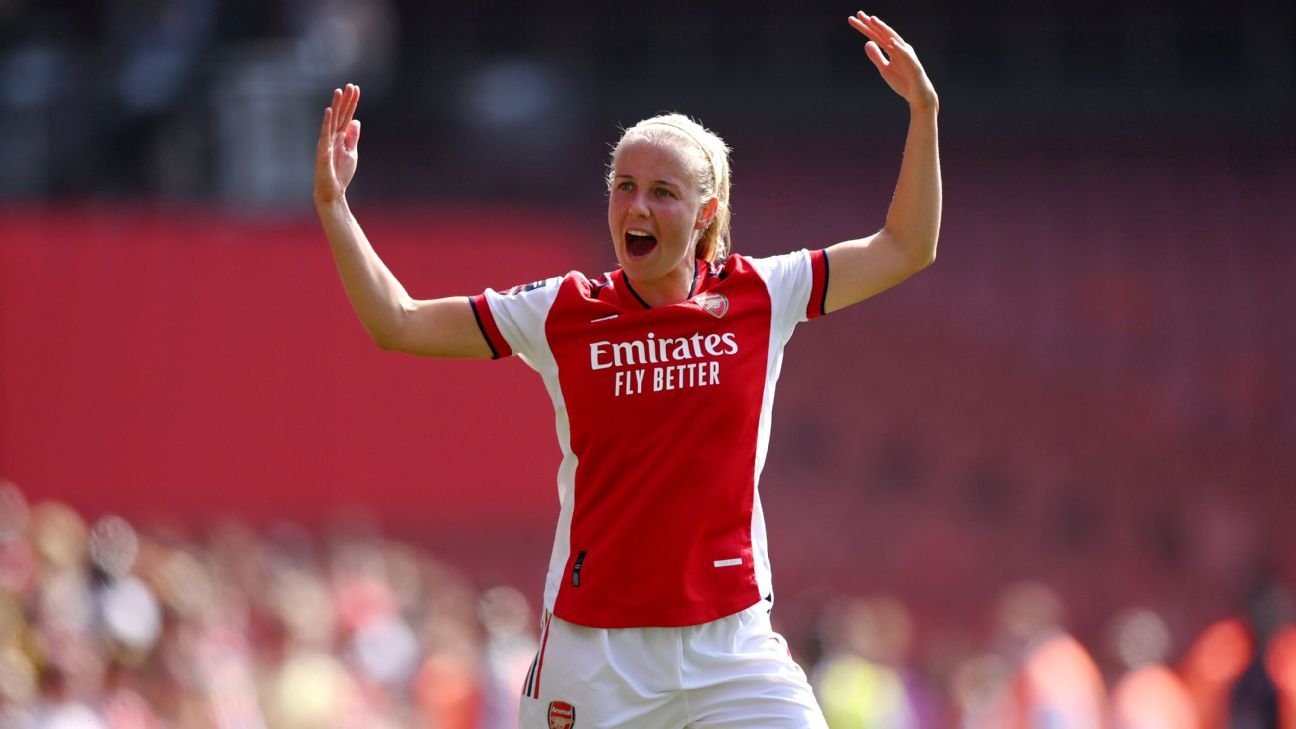 Arsenal striker Bethany Mead scored twice as her side beat champions Chelsea 3-2 in a thrilling match to get their FA Women’s Super League season off to a winning start at the Emirates Stadium on Sunday.

Vivianne Miedema gave the home side the lead in the 14th minute, latching on to a pass down the left wing from Katie McCabe before firing home low at the far post for her 61st goal in 68 WSL games for Arsenal.

Erin Cuthbert equalised for Chelsea before the break with a goal in the 44th minute.

Arsenal looked to have sealed it with two goals from Mead in the first 15 minutes of the second half, but a brilliantly-timed header by Pernille Harder in the 64th minute set up a grandstand finish.

Chelsea threw everything forward in the closing minutes but despite getting dangerous balls into the box, the closest they came was a Sam Kerr header straight at the keeper.

Manchester City top the table after a 4-0 win over Everton on Saturday with Manchester United second following their 2-0 win over Reading. Arsenal are third.