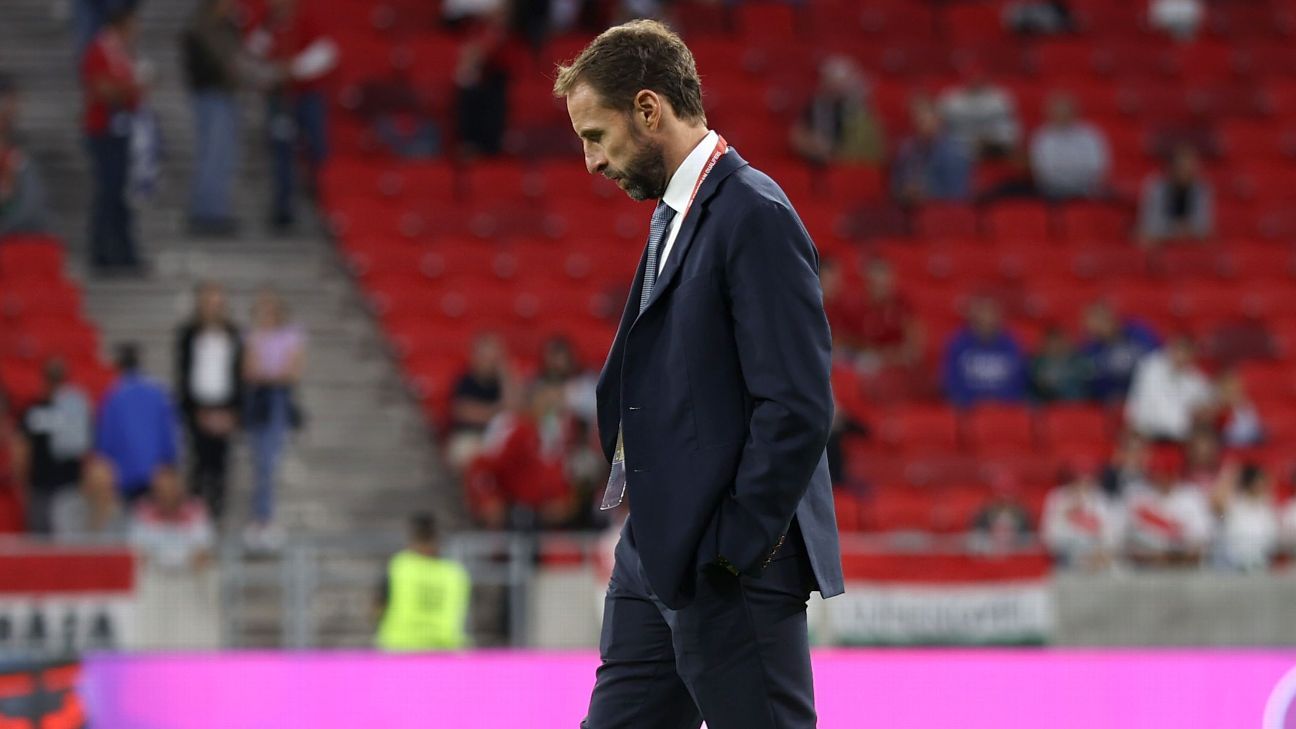 Prior to the match, England players took a knee as a show of solidarity in the fight against racism and the gesture was met with loud boos. Later in the match, there were reports from UK TV station ITV of monkey chants aimed at England’s Raheem Sterling and Jude Bellingham.

Southgate said he did not hear the chants during the contest but, when he was made aware, confirmed England have reported the incidents to European football’s governing body UEFA.

“I’m just getting an understanding of what’s happened because we weren’t really aware of it on the bench,” Southgate told ITV. “So it sounds like there have been some incidents.

“Everybody knows what we stand for as a team and that’s completely unacceptable. Everything has been reported to UEFA and we have to see what happens from there. There’s no more that this group of players — and all the staff in fairness — could do in the fight against racism. We’re trying to uphold our part of it and other people have got to take the right action to try and make progress.

“I haven’t [spoken to the players yet] because I wasn’t aware of it when I was in the dressing room. But I know our head of security has spoken with the players and has taken their statements. We’ll deal with it in the right way now and through the right channels.

Southgate clarified it was the entire home crowd who were culpable for the racist chanting, while he also reiterated England have their own issues on the matter to deal with.

“They shouldn’t have to be subjected to any form of racism,” he added. “I have to say there’s a balance in the crowd as well.

“At home, as we know, not everybody causes problems and tonight, our national anthem was really respected remarkably well. So it is not fair to criticise all the Hungarian fans. A lot of them were very generous and behaved themselves extremely well.

“That’s a very similar situation to the one we find at home I think. The individuals that are responsible, they need to be dealt with. I think there is some evidence. People have been filmed and we’ve got to hope the authorities deal with that in the right way.

“They recognise that the world is changing and although some people are stuck in their ways of thinking and their prejudices, they are going to be the dinosaurs in the end because the world is modernising. Hungary isn’t anywhere near as diverse in its population as our country is and so inevitably, it is still taking us a long, long time to get to where we need to get to.

“And if other countries don’t have the same level of diversity, it is probably not been in their thinking in the same way it has in our country. We will continue to do what we do. We will continue to try and set the right example for people in our own country who will be more influenced by us than perhaps people will be elsewhere.

“I’m always conscious that whenever I speak about this, I don’t know if I always get the right tone or the right words and I never want to be dismissive of it. Our intentions are good and we hope that people understand that and respect that.”

In 2019, Hungary were handed one-game a stadium ban for racist chanting, while they were again forced to play one match behind closed doors due to discriminatory fan behaviour at Euro 2020 — though that did not apply to the clash with England.